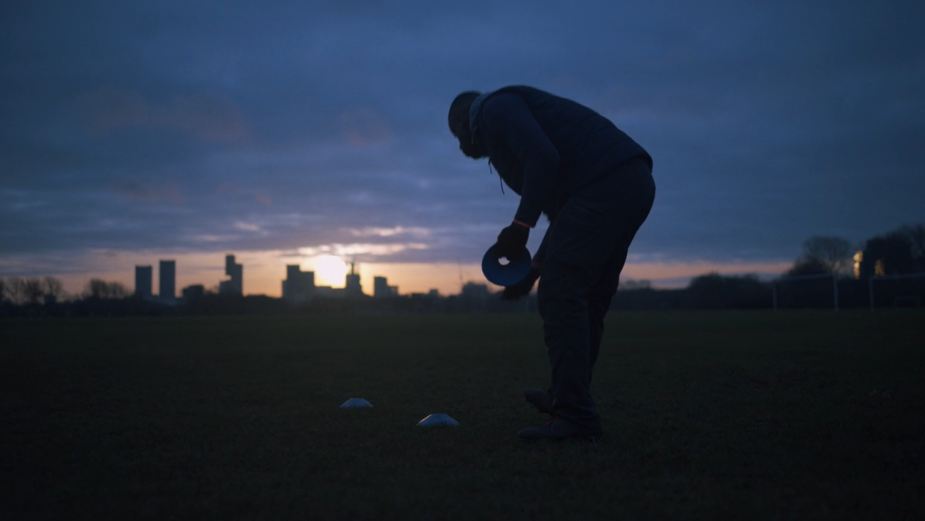 ‘This is Social Work’ is all about optimism. Things must be done, they can be done, and social workers are there to identify, channel, support, and spur young persons to excel in things they love and do best.

Today, as social workers handle 680,000 Children In Need and their families in England, only 14% of social workers identify as men, compared with 54% of Children in Need. Social work charity Frontline works to ensure that children’s homes in England are safe and stable and that their social or family circumstance do not affect their life chances.

One of Frontline’s leading drives is to have more social workers that identify as men. Ronan, a Frontline programme participant, feels it is important that he provides a positive role model  – “I think what families respond to most is that I am calm, quiet, respectful and considered. For some children and mothers, this is very different from the other men in their lives, and in those situations, it is a privilege to be that positive male role model.”

Enters Jesse Lewis-Reece, BAFTA-nominated, award-winning writer and director, who works across genres in narrative film and television commercials. Jesse’s work is screened worldwide in festivals and award shows. Lewis-Reece is excited about his involvement with a Frontline’s project. “It’s been really special to be part of a film [whose] core aim is to encourage young men from all walks of life in the UK to think about a career in Social Care, a sector that as it stands is traditionally made up of women.”

Production company Armoury’s ‘This is Social Work’ is Jesse Lewis-Reece’s crisp-clear, optimistic take on the necessity of having male social workers. “My family has a personal connection to Social Care,” he says, adding that he wants his directing work to be meaningful. He is therefore “pursuing projects that can make a change in the world.” With Matt Hichens, MD and EP of Armoury echoing this, “This project has been a labour of love, a true passion project, in every sense. I think the end result really shows this and we are pleased and proud to have worked on this project. Jesse has crafted a beautiful film and thanks to all the team at Kindred for the opportunity. Special thanks to Professor Green for lending his voice and adding some magic.

‘This is Social Work’ is all about optimism. Things must be done, they can be done, and social workers are there to identify, channel, support, and spur young persons to excel in what they love and do best.

The movie’s beauty resides in its simple effectiveness. Social workers aren’t there to “create” new avenues for children. Rather, their success is in using their own skills to tease out each child’s talents, skills. Social workers champion children’s dreams and turn them into healthy ambitions.

British rapper, songwriter, television personality and mental health activist Professor ‘Pro’ Green voices the film. His voice lends to the film’s driving theme and narrative: social work builds trust, gives confidence, forms the child’s perspective and gives them a chance. It levels the playing fields, shapes one as a person, makes a difference and, as a result, changes society.

Jesse’s favourite part of the project was creating a space that allowed the children to be themselves on set. “David, who features in the cafe scene, brought his own models and designs to interact with the social worker, it was really special to see him teaching the whole crew about his own work at such a young age.”