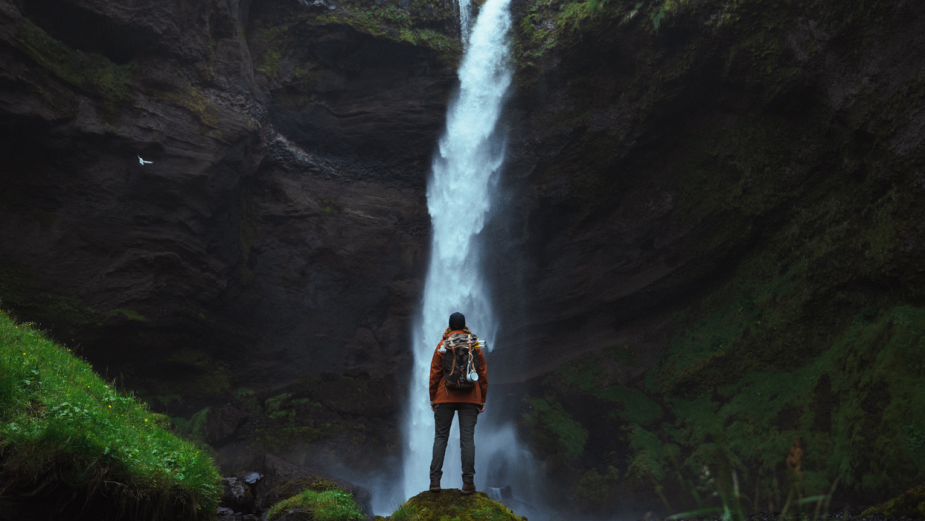 Our director, Ben Perry, has done some excellent work recently. He’s also won some awards! His film ‘Brian’ for Keeper’s Heart has won gold for Campaign of the year at AdAge B2B awards, and his film,  ‘Bridge to Possible’ for Cisco has also won gold at the ANA B2 awards.

We sat down for a catch up with him to learn more.

1. What excited you about each of these two creatives/scripts initially?

They’re both really different concepts that were made around the same time and I loved the process of making both for the fact that they were refreshingly different from one another. I like the challenge of making films that require very different approaches.

The Cisco campaign was a highly conceptual creative that sought to communicate how Cisco is aiming to zero their carbon emissions. It’s quite a serious film and I loved how the MRM team sought to create a sense of harmony between human technology and nature, imagery that is so often a juxtaposition.

Keeper’s Heart was very different. I have worked with TDA boulder on a number of projects and I love that creative team for their witty and imaginative creative that is always grounded and funny. It was a simple and poignant concept that saw Cork riley bidding farewell to a prominent figure in the whisky world. The creative allowed myself and the team freedom to explore amusing vignettes across Cork.

2. What was your favourite part of these productions?

In the case of Cisco, I loved that we got to shoot this film in Iceland, somewhere I have always wanted to capture on film. It provided a really stunning setting for film and stills that needed to show the fragility and awe of nature.

In the case of Keeper’s Heart, I really enjoyed the freedom the creative allowed us. The concept was solid but the characters and settings we depicted were left open for me to explore and I worked closely with a local fixer to street cast locals to feature. We only needed a few scenes, but we found so many interesting faces and settings that we ended up shooting a lot more and creating some unique scenes we had not anticipated. During pre-production and the early scouts, the film really took on a life of its own.

3. How does it feel to win these awards!

It feels great. It’s not like any of us need an award to love what we do, but it’s nice to be acknowledged as part of a team of creative people that make something distinct enough to be awarded.

4. In terms of Keeper’s Heart, what is your approach to projects that are culturally specific?

I think you have to tread lightly when trying to capture something as culturally specific as Keeper’s Heart. Any advert that revolves around a foul-mouthed goodbye runs the risk of portraying an area negatively and I worried about the locals thinking we were trying to portray Cork in a bad light. But, after speaking with local crew and cast, everyone soon understood that the concept was not so literal and the curses and insults were a loving, ‘tongue-in-cheek’ farewell to a whisky legend.

The local team, the street casting and the real settings were all important to making something that is authentic. The blacksmith, farmer, fisherman, beauty queen, hurling team were all real. The settings are all their own places of work or a place they frequent. I didn’t go into any scene with a particular line in mind, but rather explained the scenario and asked what each person would say.

With an approach like this you get a truer result that is more indicative of the area and people that live there. We would laugh at length with the local cast about different slang insults and their origins. A close friend of mine is from Cork and when the first cut was finished, I showed it to her to see if she found it in any way offensive. She laughed through most of the film and said it reminded her of home, which I was super chuffed about.

4. Again referring to Keeper’s Heart, how do you feel about censorship on this one? Do you think it ruins it to beep out the swear words or does it add to the comedy?

We actually have an uncensored version that I love, because the local slang insults are so rich, but we just couldn’t use it. Simply beeping out the bad language felt a little lazy and we liked the idea of sound effects covering the insults instead and I’m super happy with that approach. I think the sound effects add an additional layer of fun, it keeps the audience guessing a little more and allows them to interpret what might be being said underneath.

5. Your previous work feels less comedic. Is this a turn for your style of filmmaking or just an expansion? If you could only do comedy directing in the future, what sort of thing would you like to work on?

This is a really different kind of film for me and I really enjoyed taking on a more comedic piece. I’ve always hated the idea of being pigeonholed into any one particular niche. I think versatility is a strength and stepping out of your comfort zone makes you more well rounded as a filmmaker.

I don’t necessarily think this is a turn in my style, but rather an expansion of my toolkit as a filmmaker. I’d love to do more comedy, but I also love to tackle more serious films also. I love that certain principle beliefs can be applied to many different styles. You can test your core beliefs against different concepts and see if they stand strong. I think authenticity is always going to be something I’m drawn to and it helped me navigate a comedy piece, just as it has making more dramatic and serious films.

In an ideal world, I’d love to make commercials that blend comedy and drama a little more. In real life, drama is unavoidable and comedy is a means of facing adversity. I’d love to see the two live together in more commercials because each heighten the effect of the other and that contrast is just so powerful.

6. As for your Cisco piece, can you speak on the balance of natural beauty with the more serious political consciousness felt within this film?

It’s hard to make a commercial these days about sustainability without triggering a deep sadness within viewers. As much as we try to make people feel like a difference is being made, I worry that people just feel it’s a foregone conclusion and it’s all too little, too late. The creative team at MRM were really conscious of this too.

When we talk about sustainability, we often feel we’re talking about saving nature, but in fact, nature finds a way. It’s human’s that will suffer the adverse changes. We all felt that this commercial was less about showing nature as some disappearing thing and more about showing that it talks back. The more violent we are with it, the more violent it is back. The more we abuse it, the more we lose.

We often think of technological advancement as the antithesis of nature, but it may well be the best solution to solving things now. We can’t be so naive to believe that we can just turn everything off and turn back time. What we attempt to show is how technology can and must live in harmony with nature, using nature to power us, while giving back power to nature.

Iceland is a real treat. I’ve never felt the force of nature so much as I have there. Volcanos, waterfalls, rivers like ribbons that cut in every direction. It’s such a stunning place where you see nature as this great force. But, you also see most clearly there how nature is changing. We saw the marker changes on glaciers that have climbed back soo far over time.

Working in that environment gets you amazing images but it also makes capturing certain images really difficult. The glaciers have their own weather systems that can completely white out your view in minutes and no forecast can accurately predict them. Weather just changes on a dime and you have so little control when it does. It was impressive to say the least… and also quite stressful.

8. Again, on your Cisco project specifically, do you think commercials have a role in people’s perception/attitude towards sustainability?

I hope so. I really hope people don’t just turn their noses up when they see commercials about sustainability. I can understand why this is sometimes the case. When adverts seek to lecture their audience on the wellness of our planet it leaves a sour taste, as so often it is huge corporations that cause the most damage.

Many companies are truly seeking to make meaningful changes and to show that they care. These companies have the power to not give a damn, but they also have the power to implement and invent great ways of repairing the damage done and any step in that direction should be celebrated.

You can watch both of these films on Ben’s reel, here.